Freshman Year can be an intense experience on so many different levels, to say the least. “Figuring it all out” in the first year is a major life adjustment.

“Live and learn the hard way” is an appropriate cliché that pretty much sums up my Freshman Year college experience. It was smooth sailing in the years to follow, but my first year was rather rocky. 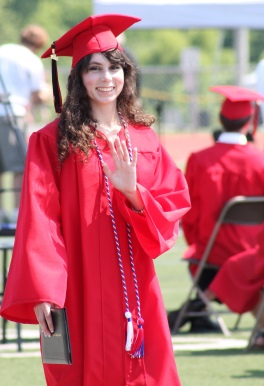 1. Go to the Freshman Orientation. If the university you chose is nearby, go to the orientation and get the lowdown from upperclassmen. Find out which classes are fun and inspiring, and which you should avoid. If you choose a tough yet challenging class, at least you’ll know what to expect from an intense professor.

2. Attend Registration for Classes In-Person. Getting stuck with the “leftovers” happened to me because I was out-of-state and couldn’t make registration. This was a clear disadvantage first semester Freshman Year. The 8 AM classes were way too early. The nutty professor really should have retired. I forced myself to stay awake with a boring, monotone professor. Even though I earned an “A” in one class, another professor didn’t believe in “giving” A Grades despite tons of student complaints.

3. Try Taking Only 12 Credit Hours First Semester. College is a big life adjustment. It was beyond stressful balancing academics with all the other new life experiences Freshman Year.

4. Not Declaring a Major is OK. Eventually you’ll have to choose a major, but not your first year. You can always change and end up with a minor, too. If you really don’t know what you want to do in life then eventually pick a general, broad major that spans several industries when you get out like Business Administration, Marketing, or Computer Science.

5. Quit While You Are Ahead. If a class is not going well, don’t be afraid to quit early without financial penalty. So what if you have a “Withdrawal” on your record. In the real world, it doesn’t matter if you “stuck it out” and it isn’t worth the stress. I was petrified to withdraw from one class, and should have taken an “Incomplete” after the open window for withdrawals closed.

6. Your GPA Doesn’t Have to Be a 4.0. Unless you are going to graduate school, GPA matters, but not as much as you think it does. Relax just a little. Throughout my professional career, nobody ever asked me on an interview what my GPA was. Many employers simply want to know if you successfully completed college and graduated with a degree.

7. Your Major Might Not Be Relevant to Your Career. With entry-level jobs, you are just starting out, and can go in many directions professionally, especially with a broad major. Some graduates don’t even end up working in a field related to what they majored in. It’s also good to be aware of the growth industries Freshman Year, so if you pick one, then you have the potential for steady, future employment throughout your career.

8. “Not Really Meant For College” Warning. It’s good to be a college graduate even if you really want to pursue a trade. If you are a Business Administration Major, for instance, your degree is still valuable as a business owner or manager of employees in any industry or trade.

However, if the thought of completing 4 years of college is tortuous, you were pressured into going, and your soul is absolutely miserable, get out before you and / or your parents waste tons of money. “Plan B” should include enrolling in a trade school or professional certification / licensing program BEFORE quitting college so you can make a career for yourself. There’s nothing worse than getting stuck in a depressing, minimum wage job indefinitely.

Article and photo are by Alicia Sakal. Originally written for Yahoo!